Stories Jesus Told: Life-Changing Lessons in the Parables We Love 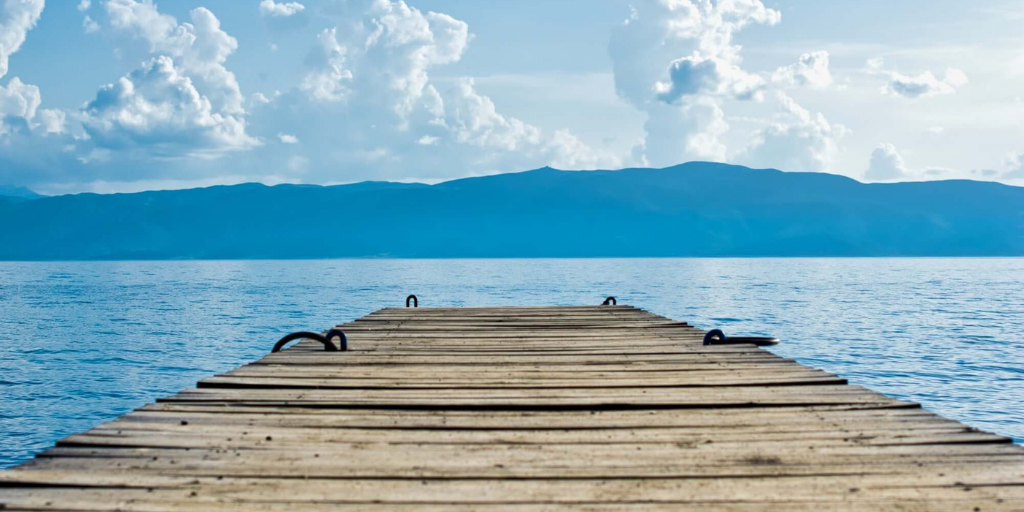 [Inside: an introduction to parables]

Everybody loves a good story. A good story makes us feel something. We relate to the characters and we feel what they feel. We identify with the events in the story, and it’s like we’re right there living it with them! Stories help us understand abstract concepts and teach us important life lessons.

Jesus told stories. Parables. We’ve probably all heard some of Jesus’ parables at one time or another. They’re the stories we love.

A parable is a simple story that uses something familiar from nature, from cultural tradition, or from everyday life to teach or explain an abstract concept. Rabbis – Jewish teachers – commonly used parables as illustrations to explain the main points of a lesson. They told a parable – or simple story – and then clearly explained what the point of the story was.

However; rabbis kept some teachings more secretive. In these teachings, they didn’t clearly state the point of the parable. Rabbis saved these teachings for their closest disciples and taught them in private. Only their most dedicated students, the ones who paid the closest attention and possessed inside information, figured out the point of these parables.

Why did Jesus Speak in Parables?

Jesus Spoke in Parables to Reveal

First, Jesus used parables to reveal the truth to all who were open to receiving it.

The Greek word παραβολή (parabol-ay’) means to lay one thing alongside another.

Jesus Spoke in Parables to Conceal

Second, Jesus used parables to conceal the truth from those who were not open to receiving it.

10 His disciples came and asked him, “Why do you use parables when you talk to the people?”

11 He replied, “You are permitted to understand the secrets of the Kingdom of Heaven, but others are not. 12 To those who listen to my teaching, more understanding will be given, and they will have an abundance of knowledge. But for those who are not listening, even what little understanding they have will be taken away from them. 13 That is why I use these parables,

14 This fulfills the prophecy of Isaiah that says,

The religious leaders in Israel met Jesus’ ministry with increasing opposition. These leaders, who claimed to represent God, rejected the clear evidence of God’s work in Jesus’ ministry. They questioned Jesus’ authority and felt threatened by his influence. Because of this, they worked hard to dream up ways to trip Jesus up and discredit him.

Then there were the people who knew Jesus and his family from his childhood. They knew he was a carpenter’s son from Nazareth. They took offense with him because he wasn’t what they expected him to be. Jesus wasn’t a typical carpenter’s son. He wasn’t a typical Rabbi either. He didn’t fit inside their box; and so, they rejected him too, even though it was clear to them that there was something special and amazing about him.

Parables were both an act of grace to those who “had ears to hear” and a judgment on those who rejected Jesus and refused his message.

Those who hardened their hearts to his message heard only puzzling riddles. But those who genuinely sought after Jesus were invited to lean in a little closer. With them, Jesus took time to clearly explain what his stories meant.

For Those Who Have Ears to Hear

With that, let’s lean in, and hear what Jesus was teaching about the kingdom of God in the stories he told; the parables we love.

For 10+ inspiring and transformational stories Jesus told, get your copy of our new eBook today!

Stories Jesus Told: life-changing lessons in the parables we love. 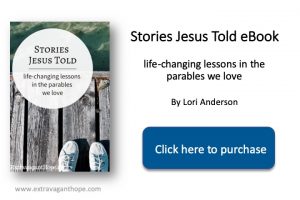 Lost & Found: The God Who Searches for Us
*the parables of the lost sheep and the lost coin

The Good Neighbor: Loving Like Jesus Loves
*the parable of the good Samaritan

Forgive as You Are Forgiven: A Story of Mercy
*the parable of the unforgiving servant 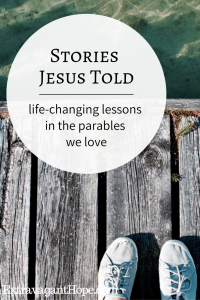 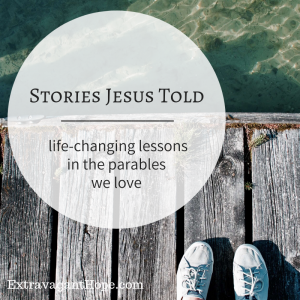 Author: Lori Anderson
Filed Under: Life Lessons from the Word
Tags: Jesus, Jesus' stories, kingdom of God, learning from Jesus, life lessons, parables, stories, understanding parables, understanding the kingdom
Forgive as You Are Forgiven: A Story of Mercy
Better Understand Fear so You Can Conquer It Hard