It’s the Dawn of a New Day! 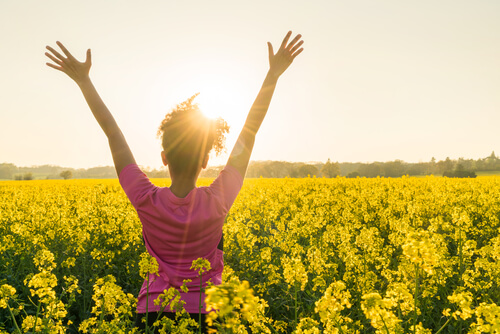 It’s the dawn of a new day!

His sacrifice freed us from the bondage of sin. Thank you, God!

His resurrection broke death’s hold on us. Amen and Amen!

Because he has risen, we also will be raised. Now this is really something to get excited about!

Easter brought a new day; a new reality; a new hope. Are you jumping up and down yet? 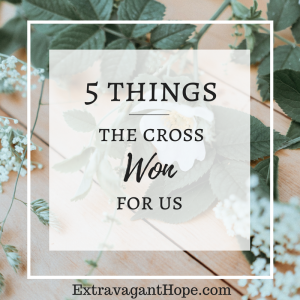 Newness of Life – Future and Present

Because of Easter, we have new life; both future and present.

If you’re at all like me, we most often focus on the future life we have in Christ: resurrection and eternal life.

Most of us know and love the promise in John 3:16:

“For God so loved the world that he gave his one and only Son, that whoever believes in him shall not perish but have eternal life.”

This is definitely something to get excited about: Life forever with Jesus! Yes, please!

Wow! I want that. A resurrection like his. Knowing this resurrection is in my future takes the all the power out of the death we all eventually face (death and taxes, right?). Doesn’t it comfort you and give you hope to know that death doesn’t have the last say?

Future newness. Future life. Future resurrection. Yes! We can and should get excited about the life we have to look forward to; but let’s not lose sight of the new life we have in the right now.

Jesus brings us a kind of resurrection even now. (I love the present and future – or, already and not yet – nature of God’s kingdom.)

So what is this present newness, this ‘even now’ resurrection we have because of Easter?

“If anyone is in Christ, that person is a new creation. The old has gone, the new is here!”

You are (or can be) a new creation right now.  You can start over right now and begin to live a new life – a different life – in Christ. Newness of life like this is a kind of resurrection – one we don’t have to wait for.

“…you were dead in your transgressions and sins, in which you used to live…But because of his great love for us, God, who is rich in mercy, made us alive with Christ…”

We were dead in our sin; dead, folks! Spiritually dead. But God made us (present tense/already) alive (now) with Christ. Resurrection. Now. Today.

I hope you’re jumping up and down now. If not, hang on; there’s more.

The veil was torn. Ever wondered what significance this held?

In the beginning, we had access to God. We lost that when sin entered the picture.

After the garden, we had very limited access. God spoke to and through only a select few: the prophets and priests. To limit things further, only one priest would be allowed to enter the holy of holies – the inner chamber – once a year (on The Day of Atonement) to intercede on behalf of the people and seek forgiveness for their sins.

The holy of holies was the innermost chamber of the tabernacle (and later the temple). That innermost chamber was where the ark of the covenant was kept. The very presence of God – the presence that we used to have access to in the garden – was said to rest between the cherubim over the mercy seat on that ark, in that room. A veil separated that inner chamber, the holy of holies, from the rest of the temple. No one but the one priest went behind the veil, and then only once a year. Only that one priest had access to that chamber and to God’s presence – no one else.  Such limited access.

“And so, dear brothers and sisters, we can boldly enter heaven’s Most Holy Place because of the blood of Jesus. By his death, Jesus opened a new and life-giving way through the curtain into the Most Holy Place. And since we have a great High Priest who rules over God’s house, let us go right into the presence of God with sincere hearts fully trusting him. For our guilty consciences have been sprinkled with Christ’s blood to make us clean, and our bodies have been washed with pure water.”  Hebrews 10:19-22

We no longer need priests to intercede for us, and we don’t have to wait for that one day a year. We now have direct access to God; personal access, any day, any time.

Can I get a hallelujah?

I think this one maybe excites me the most.

I’m a very relationship driven person and the fact that we can now have a more intimate, personal relationship with God means everything to me.

Just as we had access to God in the beginning, we also had intimate friendship with God; close, side by side, every day companionship. Think, long walks in the garden with deep personal conversations kind of companionship. We also lost this when we were expelled from the garden.

But Easter changed this, too.

“Therefore, since we have been justified through faith, we have peace with God through our Lord Jesus Christ…”

This is not the peace-and-quiet, calm-and-serene kind of peace. This is the we-are-no-longer-enemies kind of peace. We were at war with God – at odds with God – and now there is peace between us through Jesus. We are friends again. Jesus’ sacrifice restored the original relationship we had with God.

Doesn’t this make you want to shout? Woo-hoo!

Because of sin, we all stood condemned before God; guilty; destined to face the penalty for our transgressions. (Think, standing in court before the judge during the sentencing phase of a trial after a guilty verdict. Hear the gavel as it slams down; the finality of the judge’s pronouncement.)

Easter rescued us from this destiny.

Jesus changed our standing before God – from condemned to justified, righteous, and forgiven.

“He forgave us all our sins, having canceled the charge of our legal indebtedness, which stood against us and condemned us; he has taken it away, nailing it to the cross.”

We were once declared guilty; but now, if we are in Christ, we will stand before the judge with our debt cancelled. Jesus paid our debt that we might be declared righteous before God. No longer guilty. No longer condemned.

“God made him who had no sin to be sin for us, so that in him we might become the righteousness of God.”

This is the best news yet! This ought to have us doing back flips. If I could actually do a back flip, I absolutely would!

Before Easter, we were enslaved by sin; chained, bound, shackled. Easter changed that. Jesus broke sin’s rule over us. He broke the chains, busted the shackles, and set us free!

“For we know that our old self was crucified with him so that the body ruled by sin might be done away with, that we should no longer be slaves to sin – because anyone who has died has been set free from sin.”

Though we still struggle with sin (See Romans 7:14-25), we are no longer enslaved by sin. As Christ works in us – to sanctify and perfect us – we are free NOT to sin.

A mentor of mine used to tell me it is like having a new president in a war torn country. There is a new ruler in town, but there are still guerrillas fighting in the jungle.

“Guerrilla warfare is a form of irregular warfare in which a small group of combatants, such as paramilitary personnel, armed civilians, or irregulars, use military tactics including ambushes, sabotage, raids, petty warfare, hit-and-run tactics, and mobility to fight a larger and less-mobile traditional military.” (https://en.wikipedia.org/wiki/Guerrilla_warfare)

Jesus is our new ruler, but we still have guerrillas in the jungle.

Rest assured that the guerrillas will ultimately not win. Jesus already won. We are free from sin, we are free to obey; to live the life God calls us to live.

So, get excited! Jump up and down! Shout and sing! It’s a new day. It’s a new era. We live in a new reality because of Jesus, because of Easter. Walk confidently in that newness.

For more Easter hope, check out the rest of the articles in our 6-week Easter Series. If you enjoy them, we’d be so grateful if you would pass the articles and our blog along.