Jesus Forgives Even THAT 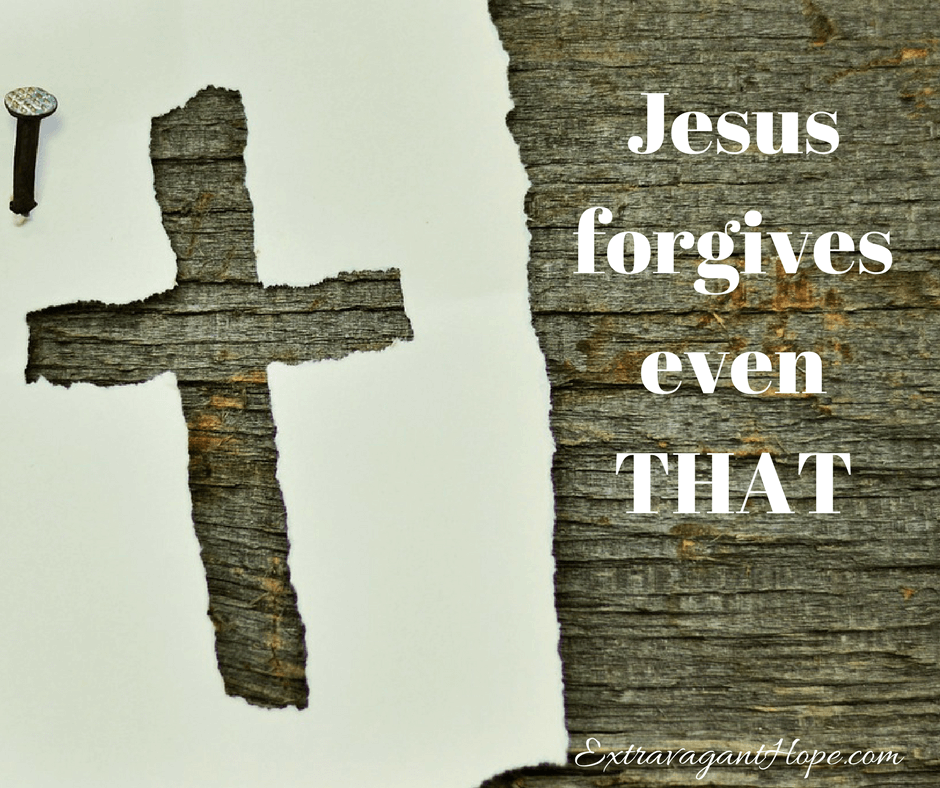 What is the one thing in your life that you regret more than anything?  The one thing that you don’t share with other people. The thing that if you could, you would go back and re-do or take back? Everyone has something like that. It’s the thing that you have probably begged God for forgiveness over, but you haven’t quite been able to forgive yourself. There may even be times when you question if God has really forgiven you and are tempted to go to him with it once again just to make sure he knows you are sorry.

Does Jesus really forgive even THAT?

The day of Jesus’ crucifixion and death was an extremely painful one – both physically and emotionally. Up until that point, he had revealed himself as the Chosen One. The One who had come to save people from their sins. He had performed miracles such as turning water into wine, feeding the 5,000, walking on water, calming the storm, healing illness, and driving out demons from the possessed. Jesus had developed quite a following – none more devoted than the twelve disciples. These twelve men left everything, their jobs, homes, money and families to follow Jesus and to help him in his work. He was loved, revered and worshiped. But not by everyone.

“The chief priests and the whole Sanhedrin were looking for evidence against Jesus so that they could put him to death,… Mark 14:55

The religious leaders of the day felt threatened. Jesus’ teaching threatened their belief system, their status, their power and their wealth. They hated Jesus so much that they would stop at nothing to see him dead. They tried to find something that Jesus had done wrong. They tried to get others to testify against Jesus, but the stories didn’t match and a case couldn’t be made that Jesus deserved death.

They took Jesus to the high priest, Caiaphas in hopes that he would sentence Jesus to death… after all he was a self proclaimed Jesus hater. Caiaphas asks Jesus if He was the Messiah, and Jesus answered truthfully,

At this, Caiaphas was outraged, declaring Jesus’ claims to be blasphemous and he asked the crowd for their verdict.

And the Crucifixion began…

“And they said many other insulting things to him.” Luke 22:65

“…before the rooster crows twice, you will deny me three times.” Mark 14:30

Jesus was then taken to Pontious Pilate, the Roman governor of Judea, and Pilate finds no fault with Jesus. But the crowd won’t have it. They wanted Jesus dead. They shouted for Pilate to release a convicted insurgent against Rome and murderer so that Jesus could be crucified in his place. Even though Pilate finds no reason to put Jesus to death, the crowd persists and eventually Pilate agrees.

“But with loud shouts they insistently demanded that he be crucified, and their shouts prevailed.” Luke 23:23

“They put a purple robe on him, then twisted together a crown of thorns and set it on him.” Mark 15:17 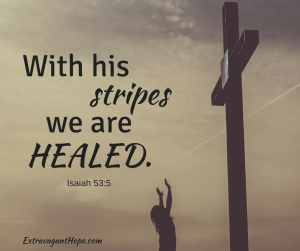 These were personal offenses. These men were touching Jesus, in his face mocking him, spitting on him. It is one on one. There is no hiding behind the scenes. Every lie, every blow, every insult, every humiliation was directly aimed at Jesus. It was intentional, it is unfathomable, to us, it seems unforgivable….

Jesus said, “Father, forgive them, for they do not know what they are doing.” Luke 23:34

Jesus forgives even THAT.

“If we confess our sins, he is faithful and just to forgive us our sins, and to cleanse us from all unrighteousness.” 1 John 1:9

As Jesus hung on the cross, there were two others who hung beside him. Two actual criminals. Two men who were convicted of their crimes. One of the criminals chose to use his last minutes to mock and insult Jesus.

The other criminal, in his pain, in his agony recognized who Jesus was.

”Don’t you fear God,” he said, “since you are under the same sentence? We are punished justly, for we are getting what our deeds deserve. But this man has done nothing wrong.” Luke 23:41

It wasn’t too late. His sins weren’t too big. He cried out to Jesus and confessed the depth of his sin. He knew he was guilty, and he also knew Jesus was perfect and free from sin. He knew that Jesus was the only one who could truly forgive him from his sin.

“Jesus, remember me when you come into your kingdom.” Luke 23:42

A humble request that acknowledges Jesus’ identity and his power. The criminal knew that only Jesus could save him and forgive him completely. Jesus answers the request.

Jesus answered him, “Truly I tell you, today you will be with me in paradise.” Luke 23:43

In his agony, Jesus shows grace and mercy for others. Even as he is suffering an incredibly painful death, Jesus shows compassion. He frees the man nailed to the cross. He forgives “even that”! This my friends, is our real, solid evidence that Jesus really does forgive – no matter what the sin. If he can forgive that man, even while suffering on the cross, he can and will forgive us. 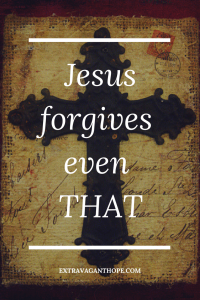 Jesus forgives even THAT.

Friends, the hard truth is that my sin and your sin is just as personal to Jesus as were those awful accusations. Our sins are as painful to Him as the crown of thorns and the flogging. Our sin is just as offensive to Jesus as those who mocked him on the day of his death. Our sin hurts him just as much.

And I’m not only talking about that one regret from all those years ago; that thing you can’t forget and can name in an instant. I’m also talking about all of the sins you can’t name. The little white lie. The gossiping, the jealousy, the judgmental attitude. All of it. It’s all the same in His eyes. It’s personal, it’s offensive, it’s painful to our Lord. And He suffered and died for all of it.

There’s a purpose for all of it. LOVE. Jesus loves us so deeply that He would suffer all of that and more so that we could be with Him for eternity. So that we could experience the kind of complete forgiveness that is available ONLY through Him. So that we could live in freedom from the guilt and punishment of our sin. The sacrifice has been given. Receive it, dear friends. Accept this gift that Jesus has offered to you at great cost to Himself. Acknowledge that his sacrifice covers everything. Let go of that one thing from your past that haunts you. Let go of all of the other sins that offend Him daily. Lay them at the cross and accept the payment that covers all of it. He is waiting.

YES! Jesus forgives even THAT. 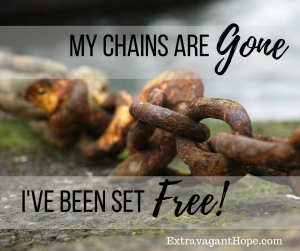 For more Easter hope, check out the rest of the articles in our 6-week Easter Series. If you enjoy them, we’d be so grateful if you would pass the articles and our blog along.

And, for more ways to prepare your heart for Easter, I highly recommend both of the books listed below. I loved them both and I think you will too.  I hope you’ll read one or both.  There’s also a couple of items to help be a continuous reminder of the miraculous forgiveness we have received. (Affiliate links)

We’re excited to give you some lovely free Easter art!

There are 4 different quotes and two different styles of art for the quotes:

Picture 2: “Do not abandon yours to despair. We are Easter people and Hallelujah is our song.” John Paul II

Picture 3: “Our Lord has written the promise of the resurrection, not in books alone, but in every leaf in springtime.” Martin Luther

Sign up below and we’ll send it straight to your inbox. 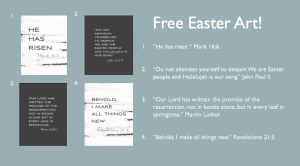 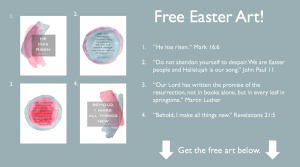 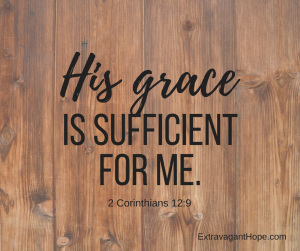 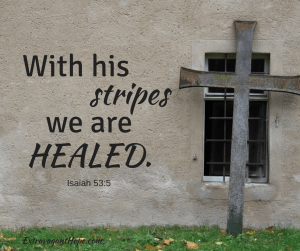 2 thoughts on “Jesus Forgives Even THAT”

When I turned 40, I finally felt like I had ‘lived some life’ - some good, some bad and some ugly. And I began to experience a renewed relationship with God like never before. Working in ministry at my church, I was thirsty to learn more. I longed for a deeper relationship with Him, and I committed to serving Him until the day I die. I’m learning more about Him every day, and am eager to share my insights.

I believe He has called me to help women better understand what they believe, why they believe it, and how to incorporate their faith into their every day. I love helping women gain a deeper understanding of who God is and how he can make a real difference in the lives we live. I want women to experience the life changing hope that comes from a personal, intimate relationship with Jesus.

I’m also passionate about my family. My husband of 20 years, who loves me in a way I could have never imagined, and my two sons, who are my joy and my unexpected gifts from God.

I hope you will join me on this journey. Together we will gradually move toward deeper understanding of the freedom, joy and hope that only Jesus can bring.